How browsers work and render pages

Front-end technologies are sky rocketing in popularity in the last few years. The holy trinity of Front-End - HTML, CSS and JavaScript, are used across different devices and environments - from games, through desktop applications, to robotics. But when we talk about front-end development, one thing always comes to mind first and that is web browsers.

All of us use browsers, but few know how they actually work. We are so used to them, that we take them for granted, but behind every browser lie millions of lines of code. In the next few paragraphs, I will try to show you how exactly browsers work.

At a high-level, all web browsers are composed of 7 parts: 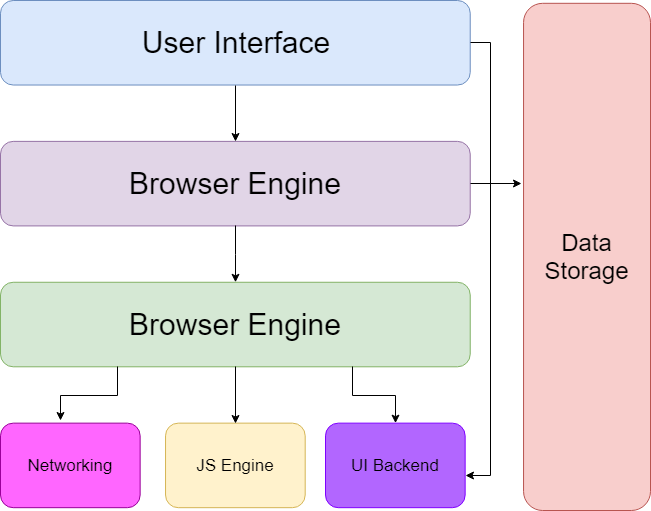 First, the rendering engine will start parsing the HTML document and convert elements to DOM nodes in a tree called ‘content tree’, which looks like that: 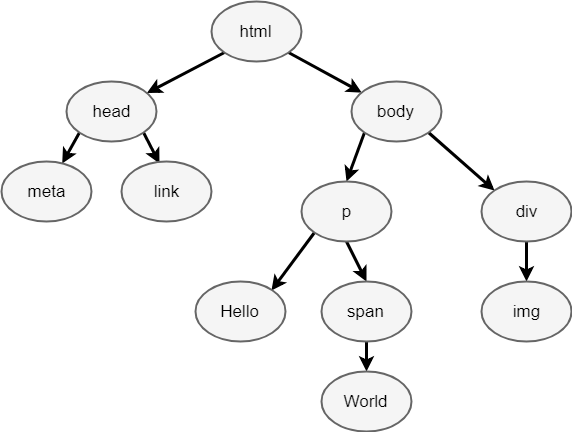 The final output of this entire process is the Document Object Model (DOM) of our simple page, which the browser uses for all further processing of the page. Every time the browser processes HTML, it goes through the same steps:

While the browser was constructing the DOM, it may encounter a link tag in the head section of the document, referencing an external CSS stylesheet. The browser immediately dispatches a request for this resource, which comes back with, lets say, the following content:

As with HTML, we need to convert the received CSS rules into something that the browser can understand and work with, so the browser repeats the same process - Bytes -> Characters -> Tokens -> Nodes -> CSSOM

Why does the CSSOM have a tree structure? When computing the final set of styles for any object on the page, the browser starts with the most general rules applicable to that node and then recursively refines the computed styles by applying more specific rules; that is, the rules ‘cascade down’.

Note that the above tree is not the complete CSSOM tree and only shows the styles we decided to override. Every browser provides a default set of styles also known as ‘user agent styles’.

After the rendering engine creates the DOM and CSSOM, it combines them into a render tree, which is used to compute the layout of each visible element and serves as an input to the paint process that renders the pixels to the screen. If the style is not loaded and parsed yet, the script will get wrong answers and apparently this can cause lots of problems. It seems to be an edge case but is quite common. Browsers implement different strategies for these scenarios; for example, WebKit blocks scripts only when they try to access certain style properties that may be affected by unloaded style sheets. 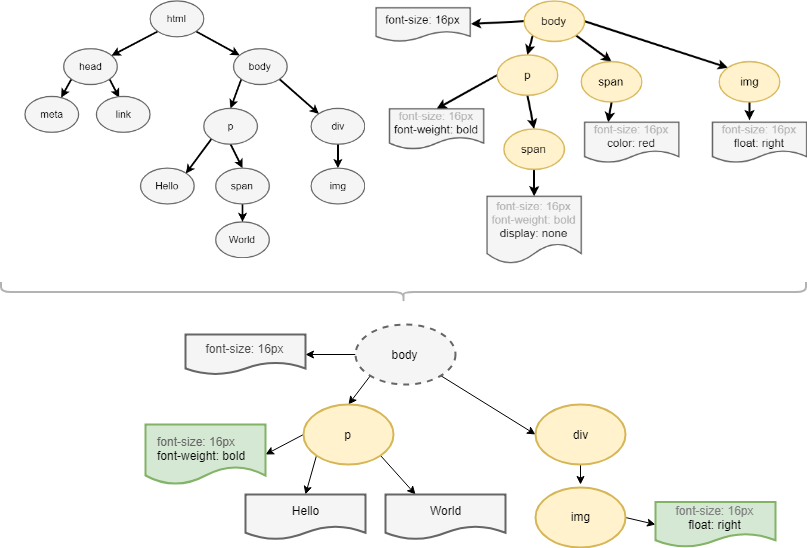 To construct the render tree, the browser does the following:

The final output is a render that contains the content and style information of all the visible content on the screen. We can now proceed to the layout stage.

When the render tree is created, for each element, its coordinates are calculated. The layout is a recursive process. It begins at the root renderer, which corresponds to the <html> element of the HTML document. Layout continues recursively through some or all of the hierarchy, computing geometric information for each renderer that requires it.

The position of the root is 0,0 and its dimensions are the viewport- the visible part of the browser window

Finally, now that we know which nodes are visible and their computed styles and geometry, we can pass this information to the final stage, which converts each node in the render three to actual pixels on the screen. This step is often referred to ‘painting’ or ‘rasterizing’:

The order of processing scripts and style sheets

The model of the web is synchronous. Developers expect scripts to be parsed executed immediately when teh parser reaches a <script> tag. The parsing of the document halts until the script has been executed. If the script is external then the resource must first be fetched from the network–this is also done synchronously, and parsing halts until the resource is fetched. Developers can add the defer attribute to the script, in which case it will not halt document parsing and will execute after the document is parsed.

While scripts are executed, another thread can parse the rest of the document and finds out what other resources need to be loaded from the network and loads them. This is called speculative parsing. In this way, resources can be loaded in parallel connections and overall speed is improved. The speculative parser only parses references to external resources like scripts, styles sheets and images.

Style sheets have a different models. Conceptually it seems that since style sheets don’t change the DOM tree, there is no reason to wait for them and stop the document parsing. There is an issue though, of scripts asking for style information during document parsing stage.

What is “reflow” and what causes it

Reflow happens when the browser must re-calculate the positions and geometries of elements in the document, for the purpose of re-rendering part or all of the document. The reflow is a user-blocking operation in the browser, so it’s useful for developers to understand how to improve reflow time. There is a great document, outlining which properties forces reflow - What forces layout / reflow.

There are several guidelines to help you minimize reflow: